Our well-designed, intuitive and intrusive user interface are the key strengths that are designed to make your brands speak out.

We provide a platform, where you can come to avail sophisticated and high-end solutions for your web development projects.

You can improve your business performance remarkably by investing in a mobile app.

Deftsoft fortify your digital marketing needs and assist you to reach your potential customers and business objectives.

What is Virtual Reality?

Virtual Reality is a 3D computer technology used to simulate the user’s presence in an imaginary environment using a Virtual Reality headset. Virtual reality is a dynamic and immediate way to see and experience information. It creates a simulated 3D – the environment around the user to interact with people, objects, and other situations. Many devices are used to create such an environment like special gloves, earphones, and goggles. These devices send their output to the computer system. The user actions leave a noticeable impact on the content of the virtual environment. 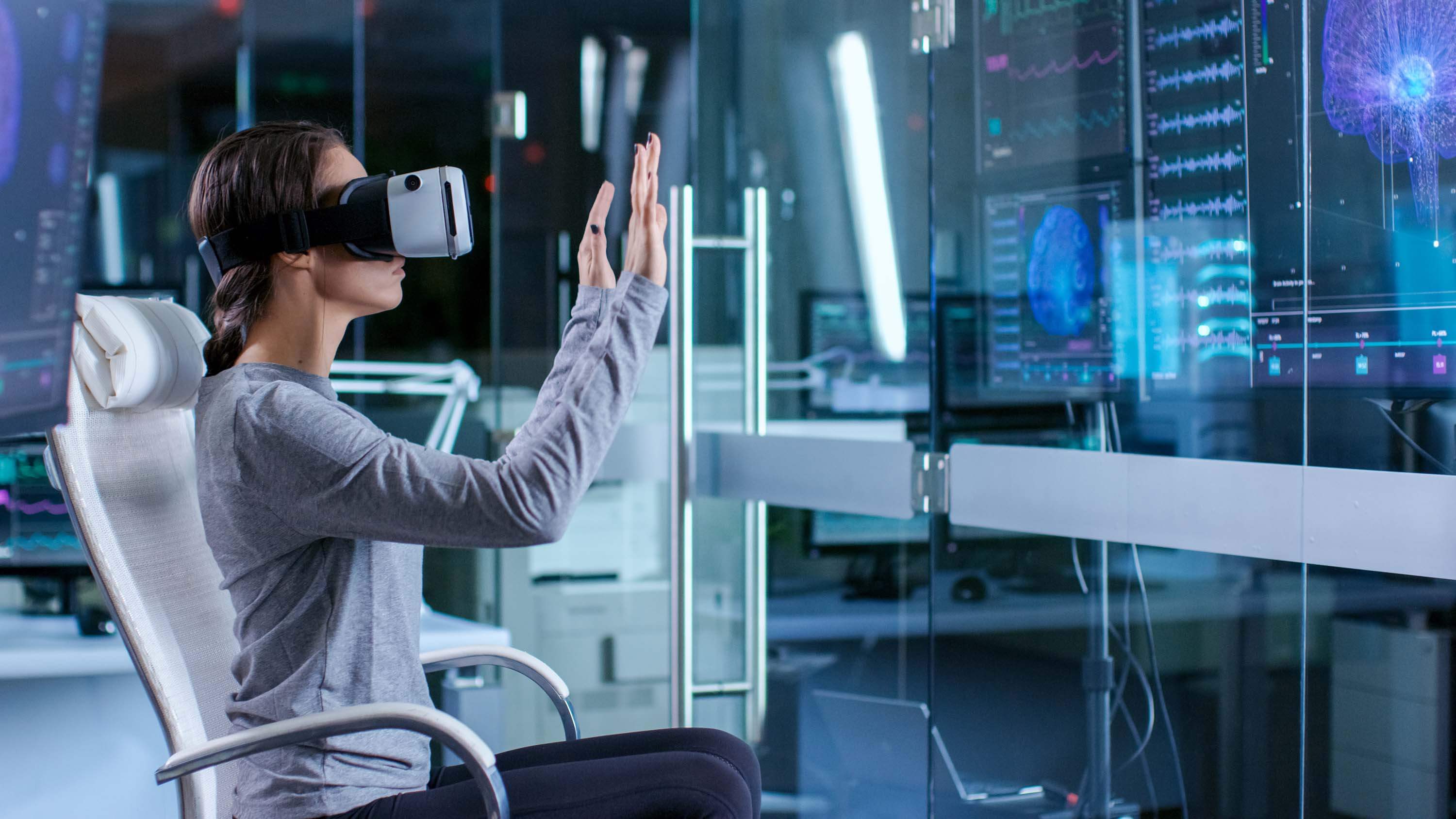 Components of a Virtual Environment

– The VR techniques are used in mobile gaming and videos for quite a sometime now but let’s look at the ingredients used for web design and development.

– The visual displays have web development. These will prevent web applications to avoid sensory impressions from the real world.

– A rendering system for graphics is used to produce the ever-changing images at 25 to 35 frames per second to help in creating an excellent experience.

– A system tracker: It will record the position of web application users. It will note down the hand or cursor movements of users.

– Uses in the database construction and maintenance system to create a detailed realistic model of the virtual world to show the demographic trends on the present data.

– A sound system to produce directional sounds and simulated sound fields creating development a system audible to ears which are a new addition to web development.

– Devices for users to specify their interaction with virtual objects such as tracked gloves with pushbuttons.
number of web browsers to view VR applications

VR applications can run on various browsers.  Soon, we will see a browser-based VR application available to ordinary consumers. They have to click a button to enter into the immersive world of VR web design. No need for downloads. The WebVR API is now available in several browsers. Like Firefox Nightly, Chrome 56+ for Android, Samsung Internet Browser for Gear and also the experimental builds in Chromium for Windows.

The real web apps using VR have already launched in the market. Developers are creating web apps for businesses to give a virtual experience of product/Services to a customer. The primary use of VR apps will be on e-commerce websites, real-estate websites, tour & travels websites, etc.

VR is a Wide Spectrum

Virtual reality web design can benefit many online businesses. WebVR simulates real-life situations. It can give an aerial view of a building, particular area or product. Customers can view the 3D view of the image. On the other end, WebVR might be useful in healthcare applications, eCommerce applications, marketing, transportation and so on. The possibilities are endless. A survey shows that there will not be any field where virtual reality doesn’t seem fit.

VR could apps are making the web apps more comfortable, functional, and personal for the typical user. Virtual reality web design would bring more challenges to a developer’s work.

As the vast content creation to expand the businesses. The VR applications will have their share in creating more sophisticated and relevant content. Some open source libraries are already in use with the help of APIs. Many popular platforms support the use of VR in content creation. Some of them are  A-Frame, PlayCanvas, Sketchfab, and Vizor, etc.

Virtual Reality Venture Capital Alliance announced $10 billion worth of investment in VR and augmented reality projects. So, the development of VR web design technology is not going to hinder any soon. Indeed, the VR market is forecast to be worth around $162 billion market by 2020. And this is a thoughtful, long-term view of the potential of something techies and entrepreneur belief.

The big technologies which bring a paradigm shift in the regular development process are not adapted so soon as they require lots of modifications in the existing software practices. In the same accord, Virtual reality web design also has to face a couple of challenges to win its race; some of them are as follows:

It’s not easy to develop a website that functions for both virtual reality headset wearers and typical web applications. Software developers are working for a long to integrate both of them. Many issues exist such as eye-tracking menus that work better for virtual reality web design but certainly not for desktop browsers. Most of the VR apps are quite big which is against the ethics of responsive designs especially they are to be run on mobile apps.

Page speed is a deciding factor for excellent user experience. Users can wait for a video to load occasionally. But for daily web browsing, it is nearly impossible. The integration of VR applications and to change the mindset of the frequent users is not easy.

Out of Reach Technology

According to the stats, less than one percent of computers in the world have the graphical capabilities to run VR applications. High-end optimized machines would overshoot the cost of hardware.

At present, if we see the VR technology in its present form, it seems complicated to implement VR in web development. In some high-end applications, we can use them, but again it’s a challenge to maintain the high cost in comparison to AI tools which are comparatively cheaper.

As we have already discussed, VR applications shoot up the cost to manifolds. More research will hopefully change the scenario in the future. There can be probably a virtual set up which will allow the access of VR imaging available for the regular consumers.

VR application makes use of high ratings for which one has to wear 3D glasses. The VR naturally has side effects on the eye side. The VR manufacturers are aware of this fact, and they try to minimize the impact. However, every web user is not going to use them in such a healthier manner.

An average user is in front of his laptop or smartphone at least 5-6 hours a day. For such extended use, VR apps will not at all be suitable in its present form.

Progressive texture loading, web app manifests & other best practices on the client side can assure WebVR remains a no install. And even, no long download. More interactions with Web App Manifest, Service Worker, WebGL, Web Imaging, Gamepad, Workers are needed.

Performance-enhancing WebGL capabilities include multi-view instancing to reduce overhead, geometry tools, and compute shaders. In whole, more performing WebVR is desirable. The new execution model of browsers is a must to get benefited from WebVR optimizations.

Despite so many challenges, VR has successfully made its entry into web applications in the form of visual images. At the same time, there is extensive use in gaming and mobile apps. VR is a powerful tool for various verticals such as healthcare, marketing, education, communication, and so many others.

So, it’s time to discover new VR apps. More than 1 million people are already using VR apps. However, the use of VR is still for research activities and some major applications. In the coming years, virtual reality will undoubtedly revolutionize the web world. It is known as the “Platform of Tomorrow.”

You can also gear your web design world today with a list of the best web design software by adopting new invented VR based templates. It’s a website designer who will bring this incredible technology to the masses. We can already view some 3D logos of the companies. Gradually, VR will considerably save your time as providing drag & drop features to design a website!

Are you Looking for a Project Development ?